By-Elections to the above Area Councils are taking place in accordance with the timetable below:

Who can be elected?

Details of the full requirements can be found on the nominations forms for each Area. However, the general position in brief is as follows:

Any lay person who is taking communion (at least three times in the last year), is confirmed, is at least sixteen years old and whose name is entered on the electoral roll of a parish in the Area can stand to be elected to the Area Councils, by the House of Laity of the relevant deanery synod(s). Certain other people may also be qualified: as set out in the notes at the end of the lay nomination form.

Note that some Area Council elections are conducted on a deanery basis, and others, across the deanery boundaries, on an Area-wide basis:

Stepney and Edmonton Areas – elections on an Area-wide basis

Who should stand for election?

Members of the churches in each Episcopal Area are invited to consider standing for election to their Area Council to take forward together our Christian life in each Area.

Anybody who qualifies to be elected and who feels they have a role to play on an Area Council should complete a nomination form and return it to the Presiding Officer (address on the form). It is important that these bodies reflect the diversity of the church in London and include amongst their membership UKME (United Kingdom Minority Ethnic) members, and also young people from the churches, e.g. those who are under 35 years of age.

What is the role of the Area Councils?

The Area Council meets with the Area Bishop to provide support and advice on the whole mission, ministry and administration of the church in the Area, and to consider any matter on which the Bishop may wish to consult the Council. The Council also considers and takes decisions on matters of Area concern requested or formally delegated to it either by the Diocesan Synod or Diocesan Bishop’s Council.

The Area Council is made up of ex-officio, elected and, in some cases, co-opted members: The ex-officio members include the Area Bishop and relevant Archdeacon, and the Area Dean and Lay-chair of each deanery in the Area.  The elected members are nominated and voted onto the Council by the members of the deanery synods in the Area.  The Council meets between three to six times a year, depending on the Area.

The Area Council has an important legal function (as the Area Mission and Pastoral Committee) in discharging duties delegated to it by the Diocesan Bishop’s Council in its role as the Mission and Pastoral Committee of the Diocese. These include certain duties relating to proposals for pastoral schemes and orders which affect the Episcopal Area (e.g. regarding the formation of team and group ministries; the alteration of parish boundaries to reflect the present realities of a locality).

Each Area Council also decides how to spend the monies allocated to the Area for mission and ministry support.  This may involve making grants and loans to parishes.

How to stand for election

First of all, complete the relevant nomination form, available from the Synodical Department. If you are a clergy man or women standing for election you should complete the Clergy Nomination Form. If you are not a member of the clergy then you should complete the Lay Nomination Form. Please ensure that you tell us which church you belong to – if you are standing as a lay person, your name should be entered on its electoral roll – and the deanery/ Area in which you are standing for election. This will be the deanery/ Area in which the church you belong to is situated.

To obtain a nomination form, and for details on candidacy, electors and for other information, please contact the Synodical Department,   Tel: 020 7932 1228/1236, email: synod@nulllondon.anglican.org

Monica Bolley is Synodical Secretary for the Diocese of London. 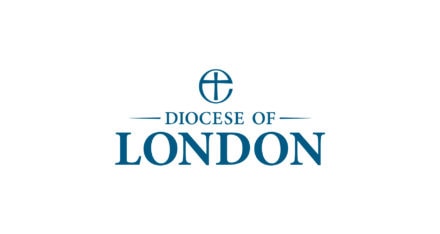